Here are a few pieces I did for The Boxtrolls.

When I joined the project, a lot of exploration had already been done by a number of great designers to try to find a look for the film that the studio and the directors were happy with. Tom McClure and Michele Breton were doing the most interesting work and ended up as the two senior designers on the show. The layout for this first painting was done by both of them working back and forth over the same drawing. I then did the painting, and our style was born. 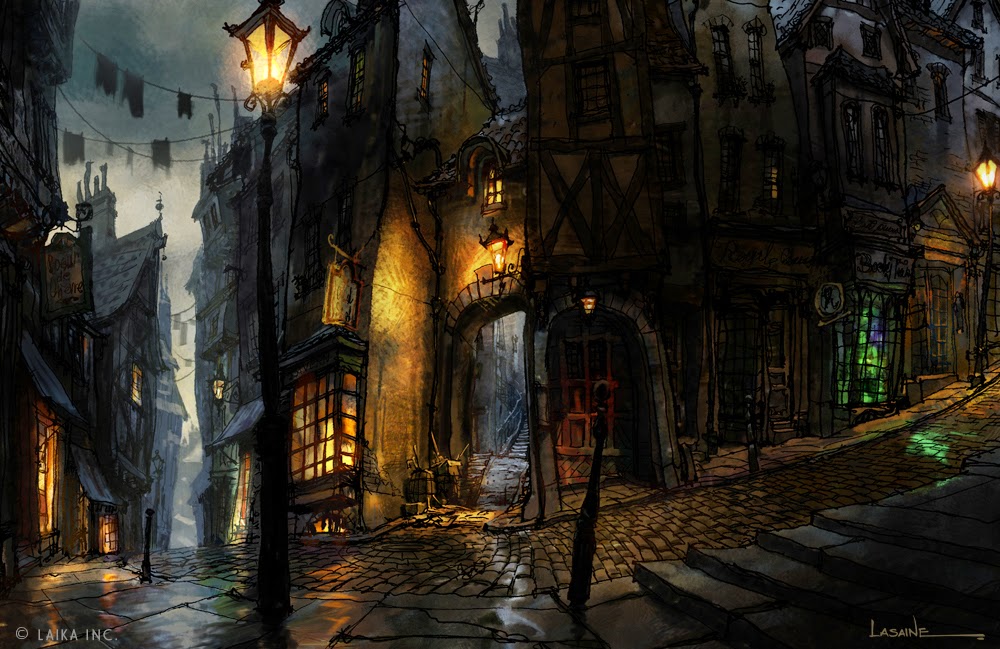 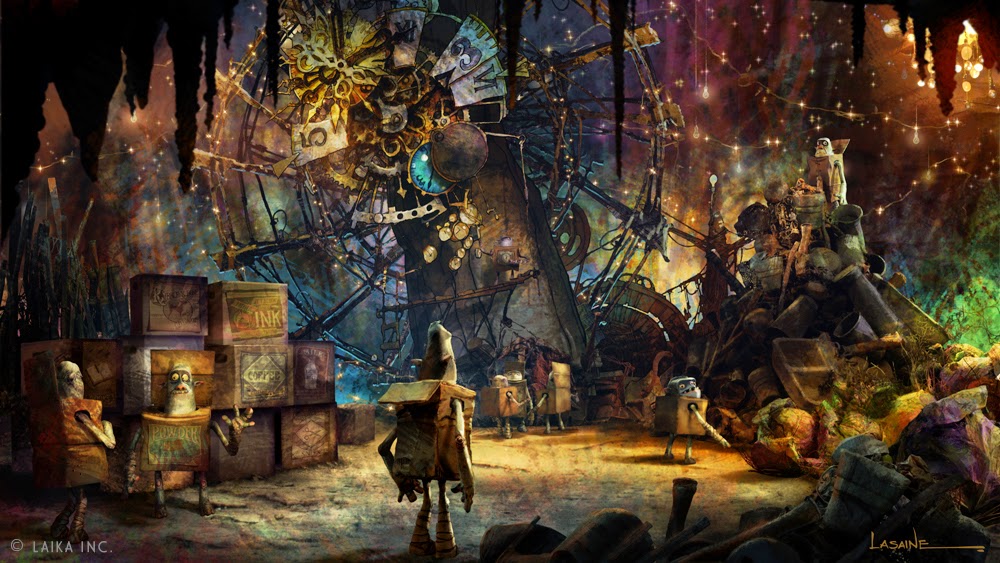 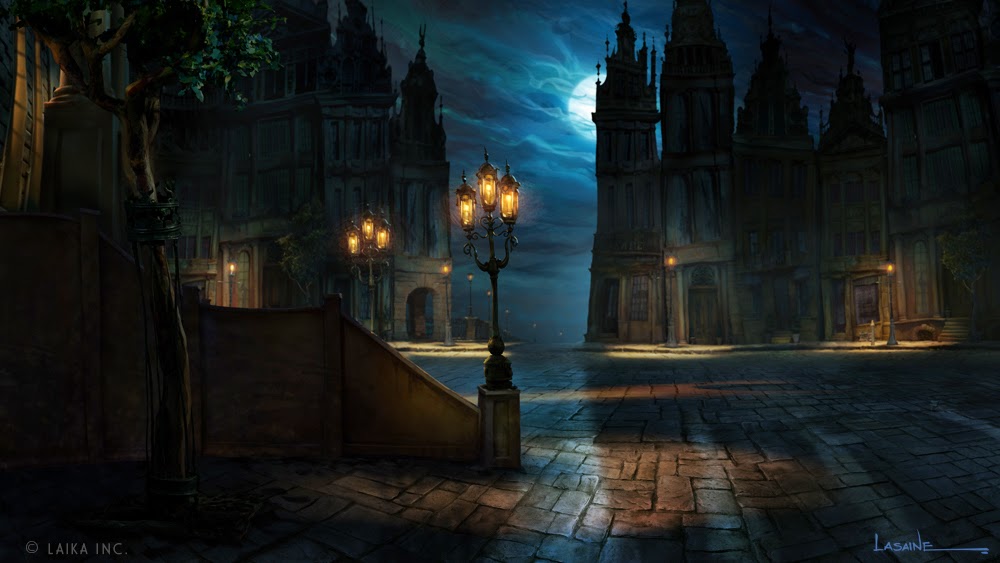 Originally, there were five Redhats. This guy, Mr. Gristle was cut from the final lineup...though his name was adopted by the short Redhat whose name was originally Mr. Crabs. The character was designed by Mike Smith and this painting was based on a sculpt by Kent Melton. 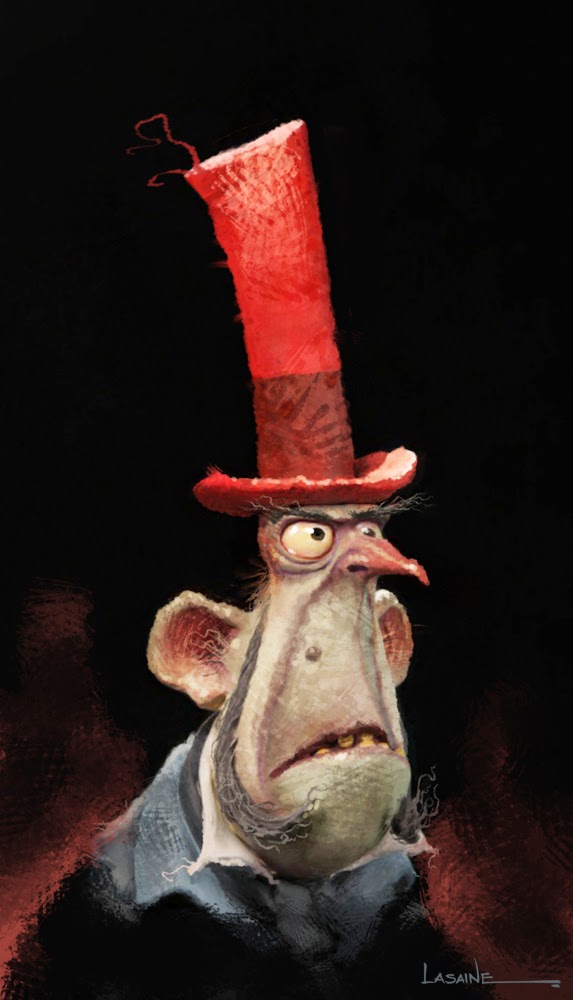 
Posted by Paul Lasaine at 9:23 PM No comments: