Been super busy at Sony Pictures Animation, working on several projects in development, as well as their upcoming Spider-Man: Into the Spider-Verse. Can't show any of that stuff yet, but here are a few more Storks paintings in the meantime. 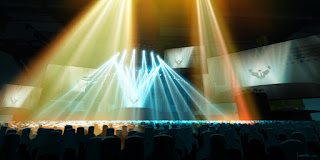 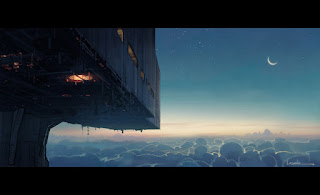 This is an environment that, due to story changes, was never used: the Tiger Cave, which later became the Wolf Cave, when the location changed from a jungle environment, to a snow environment.

Posted by Paul Lasaine at 4:51 PM No comments: